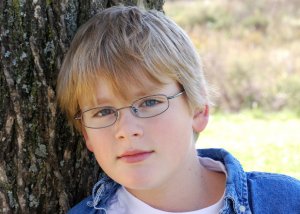 Ethan and I had a night out last night. Randy had some things going on after work and the older two had a youth event at the Plaza, so we went out for dinner and to do a little Christmas shopping. I look at him and wonder where time went. I know its such a cliche to say that, but really! When the kids were little and I felt like I was never going to get to leave the house again, I would have argued when people told me that. (Actually I think maybe I did) I knew in my heart that time would go quickly and one day they would be all grown up, but there were days that it just couldn’t come fast enough.

I had such a good time with him. After fajitas at Chilli’s we went to Borders and picked out a CD for his teacher. It had to be just right, so we spent a lot of time looking for what we thought might be good, then listening to the demo to check it out. Then more time picking out a gift for his brother and sister. (His idea and money, not mine.) I snuck in a gift for him, then sent him on an errand when it came time to pay. Unfortunately he has gotten too old to fall for that so when we got in the car he asked which book I bought him. When I asked what made him think I actually bought him anything he just smiled and said it was too convenient for me to have sent him to find something when I was paying. I remember the days when I could take the kids to Walmart, buy their presents, and they wouldn’t have a clue! He took the remainder of the fajitas for lunch today. It was mostly onions and peppers left, I bet he is going to smell really good after lunch. Thank goodness, for everyone’s sake, its a half day!